The notion of utilizing every emergency to move your trigger forward comes from Rahm Emanuel who stated, “You never want a serious catastrophe to go to waste. And what I mean by this is an chance to do things you feel you could not do before.” He’s the Left hugging Mayor of Chicago.

Why are we surprised and amazed as at the incredible speed at which our high schoolers organized to eliminate guns? Millions of dollars were donated to assist the ‘spontaneous’ organization supporting our caring pupils in their quest to prevent gun violence. Nationwide walkouts and continuous coverage on CNN and mainstream media everywhere. Were you like me and wondered where the money goes? Impressive. But establishing a 501-3c non-profit takes weeks. So where would the money go?

Not long ago we had the ‘crisis’ of monuments. The monument crisis occurs ‘spontaneously’ when somebody on the left is abruptly offended passing by a statue they have been driving by for decades. It’s similar to the outrage that ‘erupted’ around the authorities defending themselves, killing a criminal who happens to be black and suddenly the city is burnt down because of all of the injustice.

Do you suppose all the present walk-outs, protests and hoopla over our high schoolers being so upset they’re taking to the streets is really about guns? If you believe that you probably think President Clinton ‘did not have sex with that girl.’ What burning our towns, tearing down our monuments and confiscating guns has in common is the Left’s obsession with fundamentally destroying America. 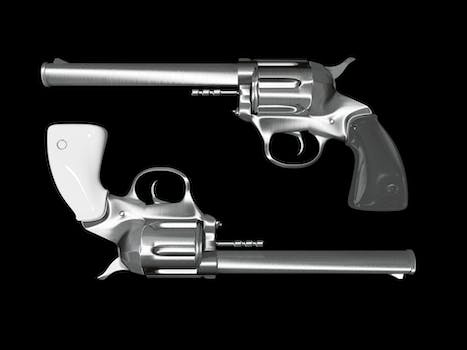 The current Florida shootings are horrible. As are school shootings, or some other shooting for that matter. But do you believe the spontaneous outrage of the Left is actually due to the loss of life in Parkland? The kids at Parkland and all around the country are being exploited by the Women’s March organization with a little help from their friends. These kids did not miraculously wake up the morning after the shooting and arrange themselves nationally.

The Women’s March folks are those which proudly brought vagina hats to the mainstream. Led by Linda Sarsour, the Muslim plant at the women’s movement. They hastily created Youth Empower, a spinoff in their company because, well, the opportunity presented itself. Who are their friends? Groups like Emerge America let by Senator Pocahontas Warren. Along with the Women’s Media Center, the promoter of all things Left. You then have hangers on like Teen Vogue, Peace First, Rise to Run, Palm Bay FL Bat Removal, Rock the Vote and a few more wannabes.

If that is ‘genuine’ outrage for the kids murdered by a man the FBI should have had locked up, where’s the exact same outrage for the one million babies murdered each year by abortion. Where are the woeful cries from the same organizers if they hate children dying? Did they march for the 10,265 people killed by drunk drivers in 1965? Many of those are children. I missed that march. New studies show that marijuana users and 25% more likely to be involved in a traffic crash. These very same women’s organizations push for legalizing marijuana.

Where is the venom in the Women’s March group over domestic violence in the usa? In the War on Terror since 2001, we have lost just under 7,000 American servicemen and women. From 2001 to 2012, five years shy of the above time, 11,766 women died at the hands of a boyfriend, spouse or ex-spouse. The press apparently failed to report on such a march on Washington.

We’re at war in America. The Left, the Progressives, Liberals, Communists, whatever they would like to call themselves now, have declared war on America. They’re well trained, organized and financed. They have innumerable ‘organizations’ standing by for the sign that is its okay to jump in. Case in point is that the Baltimore School District, who incidentally couldn’t afford heat for the schools this winter, announced it would send 60 busloads of children to the upcoming anti-gun March in DC. And they are sending them with meals and the emblem t-shirts from the Women’s March, Youth Empower pop up. They could care less if the crisis involves high school children, it must not go to waste. They are incendiary.

The search to take our guns is boilerplate revolution dogma. This was Adolf Hitler. It’s not about guns any more than Black Lives Matter is about police officers killing innocent blacks. As Saul Alinsky once said, “The issue is never the issue.”

The battle is raging all around us. Too few cares to see it. The stakes are high. Our country is fast disappearing before the eyes of a few, while the masses are too busy, in denial or don’t believe it can happen here. It is happening here, right now, and getting worse by the day. It isn’t about the guns, it never was. It’s not about injustice in Ferguson or Baltimore, and it’s not about these offensive statues. It’s a battle for our Judeo-Christian heritage and… it’s about the revolution.